Vegan Meat Is The Future Of Meat!

A vegan realisation is dawning all around the world.  That realisation is founded on the rejection of animal exploitation and cruelty, an embrace of healthier living and an acceptance that we are all responsible for the protection of the environment and the only one planet that we have.

As vegans number continue to grow, so do vegan food options.  It wasn’t so long ago that vegan items were only to be found in overlooked sections of independent health stores or obscure corners of the internet.  Not any more though.  Vegan food is mainstream and widely available, including vegan meat substitutes, which are undoubtedly the future of meat.  And here’s why.

Putting aside the rejection of animal cruelty and slaughter that comes with veganism, “regular” meat is no longer environmentally viable.  The amount of resources that are poured into producing “regular” meat is simply unsustainable.

Animal agriculture is a bigger polluter of the planet than every car, truck and plane combined, courtesy of methane emissions and waste by-products.

Add to that, more and more land is being devastated by way of devastating deforestation to make space for grazing cattle.  Given that the human population count is on a remorseless rise, coupled with melting ice-caps and rising ocean levels, and space to live is only going to become more and more of an issue.

Add to that that animal agriculture also uses approximately one third of the world’s drinkable water while some 700 million humans have no daily access to fresh water, and the problem only intensifies.

Against that backdrop, one gets a real appreciation of how “regular” meat is a thing of the past, while plant-based vegan “substitute” meat is the future.  It has to be the future. And the figures are there to back that up.

And as vegan meat gets better and better in terms of mimicking meat, such as the Beyond Meat Burger then it becomes more and more of a guarantee that vegan meat is the future of meat.

7 Vegan Super-Foods For A Healthy Gut

Health Benefits Of Being Vegan

To Snack or Not to Snack

Should everyone become Vegan?

Calcium On A Plant-Based Diet

Cooking is the way we express our creative side to the world. Welcome to Vegan Leaves! 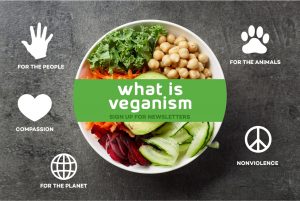 “Veganism is a philosophy and way of living which seeks to exclude—as far as is possible and practicable—all forms of exploitation of, and cruelty to, animals for food, clothing, or any other purpose; and by extension, promotes the development and use of animal-free alternatives for the benefit of animals, humans, and the environment. In dietary terms it denotes the practice of dispensing with all products derived wholly or partly from animals.”

– The Vegan Society (Creators of the word “Vegan”)